A New Attitude About Aging from a Middle-aged Model

By Adele Uddo
Posted August 4, 2020
In Blog
A New Attitude About Aging from a Middle-aged Model2020-08-042021-03-01https://essentielbyadele.com/wp-content/uploads/2019/12/bronze-logo-resized.pngEssentiel by Adelehttps://essentielbyadele.com/wp-content/uploads/2020/07/a-new-attitude-about-aging-from-a-middle-aged-model.jpg200px200px
48

When a New York Times reporter asked for an interview, my only request was that my age not be mentioned. I didn’t want my ‘coming out moment’ announced in the largest newspaper in the world. I could foresee the headline: Middle-Aged Model Makes It in Manhattan. I wanted the article to be about my work – not success despite my age.

Lesson learned: don’t highlight to a reporter something you hope will be ignored. My age didn’t make it into the article, but this did: “Ms Uddo, like many women in front of the camera, declined to reveal her age.” So while I avoided disclosing my digits, a spotlight on some deep insecurity was shone to the world.

Wish I could say I have a healthy view on aging and am embracing it with grace and acceptance. Despite being raised by a hippie feminist mother who advocated New Age ideals that encouraged feeling empowered regardless of age or outward appearance, I’ve struggled throughout my life with feeling I’m never enough. I had hoped the whole self-love thing back then would’ve convinced me that life gets better regardless of reading glasses, dried up eggs and declining health.

Working in the beauty business for the past two decades hasn’t helped ease insecurities around aging. I’m a ‘parts’ model, which means my various body parts are frequently featured in advertising. I’m best known for my hands, yet my mouth has been in magazines, my feet have sold shoes, and my legs have been in your Bloomingdale’s catalogs.

Thankfully, I don’t have the same pressures to be perfect as more conventional models. I’m short and over-the-hill by fashion standards. Parts models come in different shapes, shades and ages. We’re judged more on our close-ups than the full package, a sum of all parts. I like to say I look best cropped.

Still, every agent I’ve had has encouraged me to play the part of whatever age a client is requesting for a particular job. Ironically, in almost 20 years of presenting my parts to hundreds of clients, the age question has come up only a handful of times at a casting.

I’ve wondered why I’m not asked for my age more often. Once I worked with a hot parts model from France, on a shoot for Betsy Johnson. She talked about a successful European counterpart whom she described as “older than us,” with kids and even disinterested in Instagram. “I think she’s 35 and her boyfriend is really old, like 40,” she said. Clearly she didn’t assume I was 5 years his senior.

Oddly at my age, I’ve never been busier – at least before the world went into a post-Covid alternate universe slowing down most every major industry. Although I don’t lie about my age, there’s a part of me that has occasionally felt like a fraud, as if I am hiding some secret, and if I were found out I might be thrown out.

Perhaps my hands are the biggest imposters, posing as the appendages of lovely celebrities and my over forty-year-old fingers once filling in for those of some seventeen year old. I’ve doubled for girls who could be my daughters, and I was decades past the drinking age the last time I held a cute clutch and played with the prom king’s tie for Teen magazine. 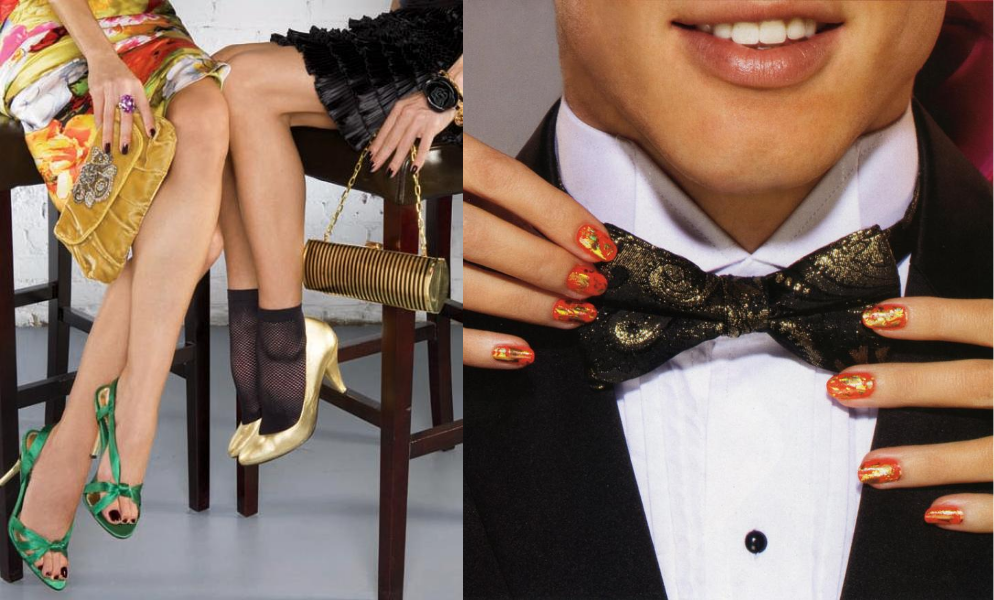 When I was in high school, I thought I had until age 26 to make anything significant happen in my life: marriage, career, kids, etc.. None of those things happened until my late 30s and 40s. Yet with every passing year of my modeling marathon, I’m always a bit surprised I’m still in the game.

It’s often people outside the industry who seem to have an outdated idea of how a woman over forty should look and act. From them I hear how impressive and even unbelievable it is that I’m still working at ‘my age.’ Those inside the industry seem to care less about calendar age and hire more on appearance and whether someone can actually do the job.

Sheer numbers don’t count like they used to and it’s become increasingly difficult to pigeonhole someone based on age alone. Mere math ain’t adding up like it did for my mom and grandmas. The JLo generation isn’t exactly succumbing to muumuus and support hose. 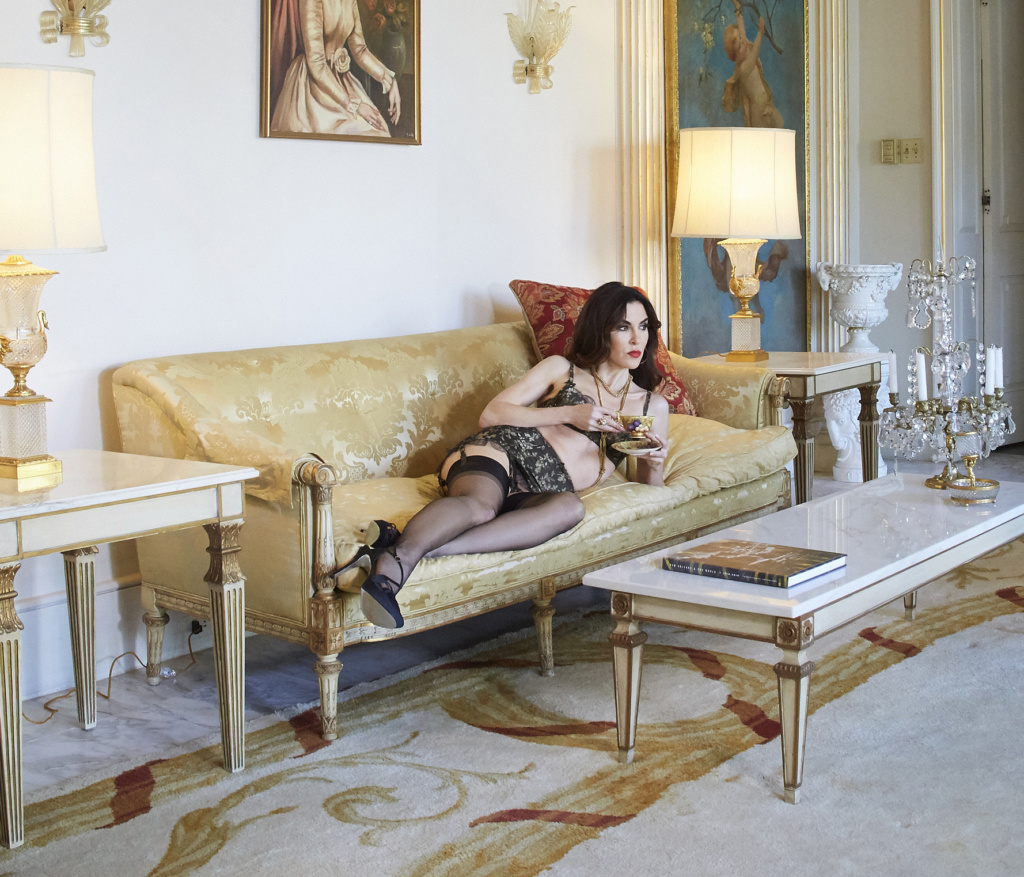 Beauty pioneers like Ashley Graham have opened our eyes and minds to see a much fuller palate of what it is to be exquisitely expressed as a sexy modern woman. Fine 54-year-old, Monica Bellucci, played the last Bond girl and Christy Brinkley, at 65, was shown in a swimsuit for Sports Illustrated.

It’s refreshing to see some of the rigid rules of the past seem, well…passé. Age diversity is appearing in all areas of advertising, film and fashion for the first time in decades.

Beauty is being redefined. More shapes, sizes, colors and unconventional features are finally included in a club that was far more homogenous not so long ago.

More progress will occur when women of all ages are invited, not to compete with younger women, but to show that beauty blooms at different stages and phases throughout life. As a woman of experience, I love seeing my peers and older women represented in marketing. I am more inclined to buy moisturizer from a model who has great skin because of the product she’s promoting, not because she’s in her twenties.

Despite advances, many ideas about age remain so old. At a recent shoot for Harper’s Bazaar, after sharing my age with a model, she confessed she was 28, while looking around nervously to make sure no one heard her. I told her I wanted to discover an empowered approach to aging. She looked intrigued and hopeful…yet still scared.

What most frightens us about aging runs much deeper than worrying about wrinkles. Perhaps age puts in our face (literally) that which we humans resist most: change.

Clearly 2020 has catapulted the planet into radical and challenging change, forcing us to take a hard look into the mirror of our own morality and mortality. No one is immune, individually or collectively, to the inevitabilities of evolution. No one can stop Father Time’s clock or Mother Nature’s reckoning – though we do have a hand in how we greet growth.

As my 50th birthday waves on the horizon, I refuse to accept ‘old’ as the new me. A positive perspective and a healthy body takes effort physically, mentally, emotionally and spiritually. And of course an exceptional moisturizer helps too 🙂 I’m doing my best to be my best since I’m not ready to be part of the ‘my-best-years-are-clearly-behind-me’ club.

It’s become clearer in quarantine that I don’t want to hide behind my hands anymore or present primarily the parts I think people (or certain industries) will accept. I am changing. So much of what once was important no longer feels fulfilling. I find myself in the great gap where potential lies and much dies. I’m sad and even scared to leave my youth behind, but I believe the second half will be better than the first.

Being a girl is great. But it takes time and patience and a lot of love to become a goddess. I’ve got a ways to grow…but the older I get, it’s the soul beneath the skin that most captures my attention and awe. My hope for the next chapter is to truly appreciate all my parts, no matter what shape, stage or age and that the inner spark of spirit so beautiful in some will reveal itself more and more in me. 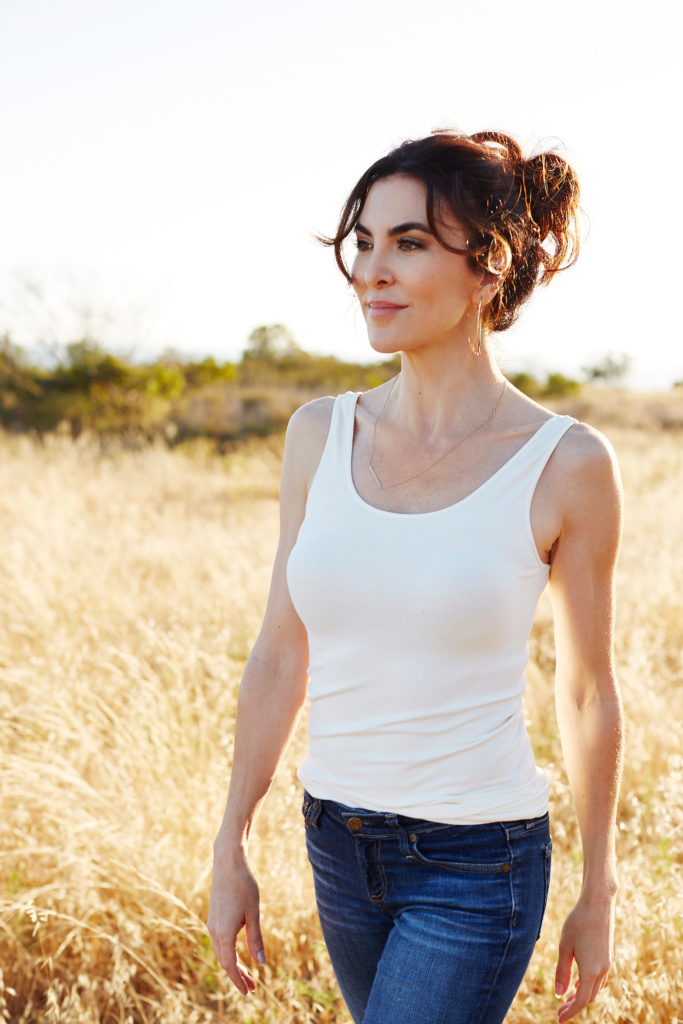